According to the latest report by IMARC Group, titled "Pepperoni Market: Global Industry Trends, Share, Size, Growth, Opportunity and Forecast 2020-2025," the global pepperoni market size was US$ 5.3 Billion in 2019. Pepperoni is an American variant of salami, which is usually prepared by curing and mixing pork, beef or turkey. Characterized by soft texture, smoky flavor and bright red color, paprika, salt, garlic and other seasonings are further added to enhance its flavor. It is a rich source of fat and calories and contains numerous essential nutrients, such as zinc, iron, copper and phosphorus. It also contains selenium, a vital antioxidant, which aids in improving the immune system. It is considered to be one of the most popular pizza toppings on the global level, especially in the United States. 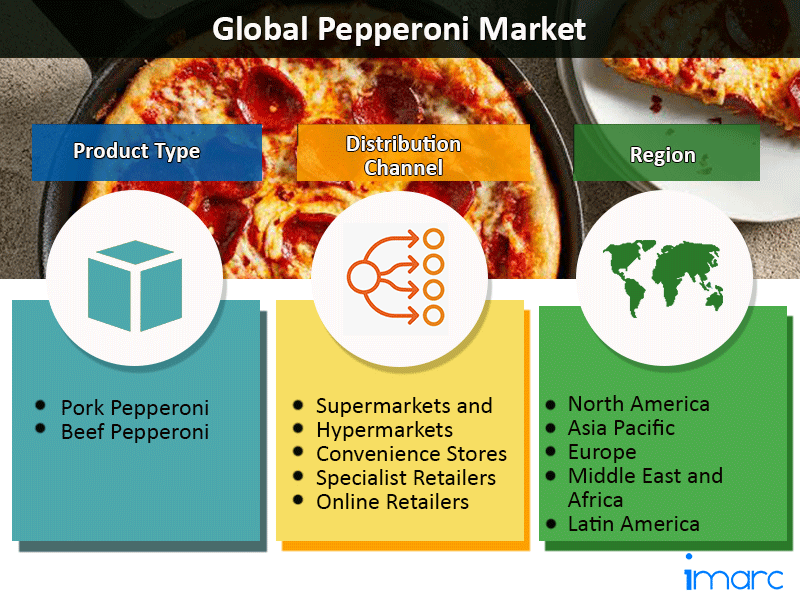 The global market is primarily driven by the confluence of various factors such as rapid globalization, inflating per capita income levels and shift in consumer dietary patterns. In line with this, the increasing working population and their hectic schedules have led to the escalating demand for convenience food, consequently contributing to the rising sales of pizza, sandwiches and burgers, of which pepperoni forms a significant ingredient. Moreover, shifting focus toward multi-cuisine culture across the globe has resulted in the bolstering demand for pepperoni from the potential markets in the emerging economies, including India and China, which is expected to create lucrative growth opportunities for new entrants. Apart from this, its widespread availability across the organized retail and e-commerce platforms is projected to provide an impetus to the market growth. Modernization of and technological advancements in the meat processing industry and the introduction of organic pepperoni variants are some of the other factors that are further creating a positive outlook for the market. On account of the aforementioned factors, the market is expected to reach a value of US$ 7.6 Billion by 2025, growing at a CAGR of around 6% during the forecast period (2020-2025).

REACH OUT TO US

Drop us an email at