Beer represents one of the oldest brewed beverages that is widely consumed across the globe. It is prepared using ingredients such as water, yeast, hops, and malted cereal grains, which undergo fermentation for an extended period. Nowadays, flavoring ingredients like fruits or herbs are also added to beer during the manufacturing process for enhancing its aroma and taste. The consumption of beer is being augmented by the inflating income levels, coupled with the increasing consumer preference for beer over other alcoholic beverages. From 2011 to 2018, the global beer market reached a value of US$ 640.2 Billion in 2021. 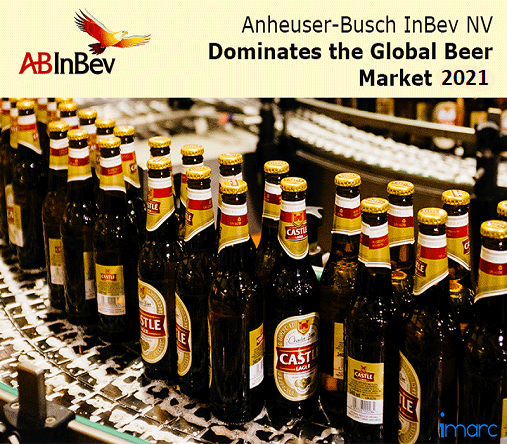 While the sales of beer have become stagnant in developed countries, there is an increase in its consumption in emerging economies. This can be attributed to the rapid urbanization, changing lifestyles, growing young population, and the rising influence of western culture. Apart from this, the demand for quality beer is being catalyzed by the increasing trend of luxury lifestyles around the world. As a result, market players are focusing on improving the manufacturing process of beer. They are introducing innovative beer variants by combining contrasting flavors such as salty, fruity, and tart. Besides this, they are also investing significantly in marketing strategies to promote beer consumption among the female population in a bid to increase their existing consumer base. Additionally, unlike other alcoholic beverages, such as whiskey, wine, vodka, gin, and rum, beer does not require dilution or the addition of any flavoring substances before consumption. This ready-to-drink nature of beer enables the consumer to have the product on the go. Furthermore, due to a consistent rise in the preference for low alcoholic beverages, the sales of no-alcohol and low alcohol beers are increasing, especially among health-conscious consumers. According to IMARC Group, the market is expected to exhibit stable growth from (2021-2026).

Anheuser-Busch InBev NV is the world’s largest brewery, with a vast portfolio of over 400 global beer brands, including Budweiser, Corona, Stella Artois, Beck's, Leffe, Hoegaarden, Bud Light, Skol, Brahma, Antarctica, Quilmes, Victoria, Modelo Especial, Michelob Ultra, Harbin, Sedrin, Klinskoye, Sibirskaya Korona, Chernigivske, and Cass and Jupiler. Over the past two decades, the Belgium-based company has consolidated numerous brands to achieve the necessary scale to stay profitable, as well as to gain access to new markets. In 2016, the company completed its takeover of SABMiller, which enabled it to emerge as a “megabrew” entity.

The company generated a revenue of EUR 49.3 Billion, holding the most significant beer market share of around 30% in 2017. It faced severe challenges from big food and beverage companies in the same year on account of the shifting consumer preferences for healthier products and stagnation in developed markets, including the United States and Europe. However, its growth-oriented culture established the company as the most cost-efficient player in the industry with the strongest existing distribution network. Moreover, AB InBev’s focus on cost reduction has enabled it to invest in marketing for maintaining a strong connection with its customers through increased brand awareness.

IMARC Group is a leading market research company that offers management strategy and market research worldwide. We partner with clients in all sectors and regions to identify their highest-value opportunities, address their most critical challenges, and transform their businesses.

IMARC’s information products include major market, scientific, economic and technological developments for business leaders in pharmaceutical, industrial, and high technology organizations. Market forecasts and industry analysis for biotechnology, advanced materials, pharmaceuticals, food and beverage, travel and tourism, nanotechnology and novel processing methods are at the top of the company’s expertise.